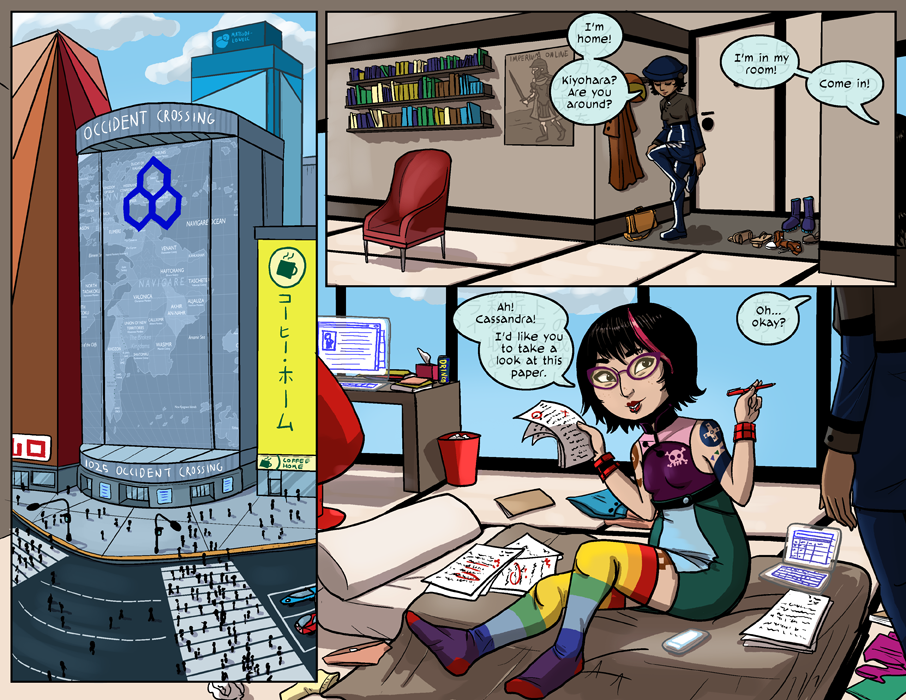 Redwater is often poetically referred to as the “Crossroads of the Occident”. Of course, for much of its history, it was less a crossroads and more a sort of spigot which poured the wealth of the Restored Empire into the coffers of Kyokanese and Beiguese merchant factors, trading company officers, and crooked colonial administrators.

Fortunately, in these enlightened times, the kingdoms of the Restored Empire are qual partners in the great enterprise of world commerce, and giant financial services corporations and trade banks from East and West alike come together in Redwater to keep money earned in their respective colonies in the Global South out of the hands of their home governments’ tax collectors.

Many streets, neighborhoods, and other landmarks in Redwater have “Occident” or “Occidental” in their name. Presumably, the Kyokanese administrators of Redwater took this step in case the two thirds of Redwater residents of Western descent forget which hemisphere they’re living in.

HA! Grading on the futon – I’m surprised there are no red marks on her pillow!

It took me a minute – does the funny background of the speech bubbles mean they’re speaking a different language? Interesting. I can’t recall ever having seen “this is being said in another language” depicted like that. It’s kind of nice.

I first tried it over in the Water Clock, and it was pretty much the only thing from the Water Clock that made any sort of impression on anybody, so I decided to use it here instead of the

Kiyohara remains Kiyohara. All is right with the greater RMG-verse.

And as has already been said, the language trick remains cool.

I do like the language bubble. I think I shall steal the idea! Lol.

So, if two people bumped into each other at the crossing, would it be occidental?

(also, is Heliothaumic being mirrored anywhere?)

i’ll find an internet home for it eventually, though (probably after chapter one is over)