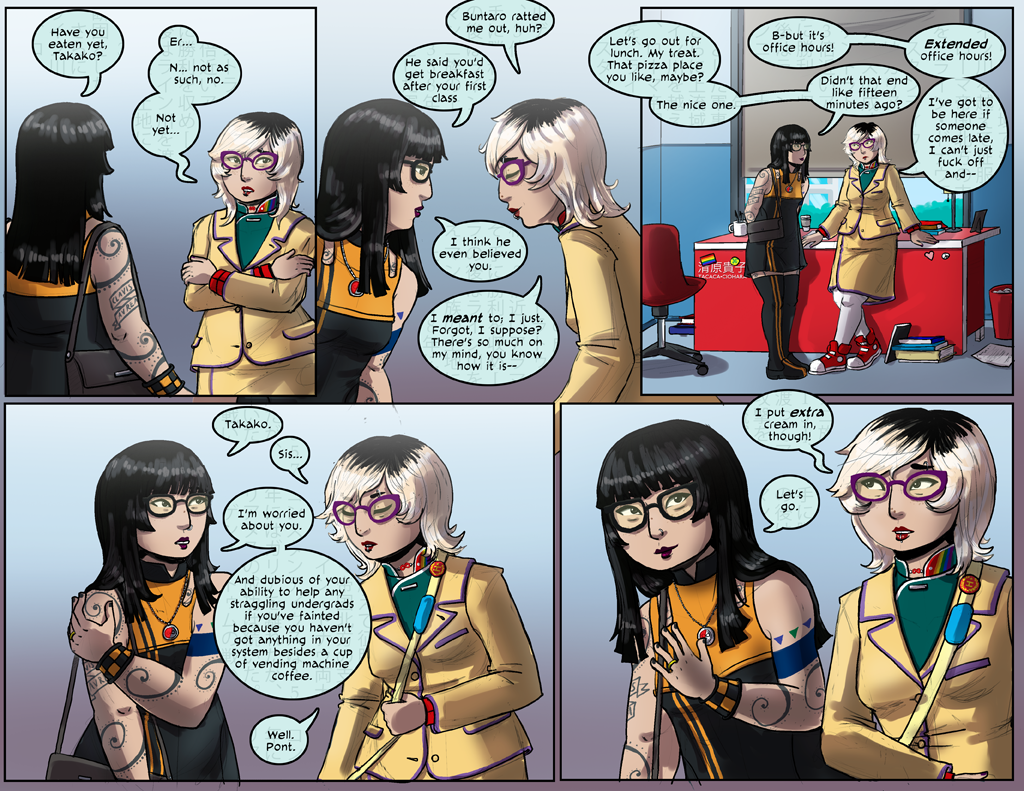 this year has… not been very good for me. i suspect it hasn’t been very good for a lot of us. panel one of this page was drawn in january, maybe a couple of days before inauguration day. and then i basically just downed tools and didn’t work on it at all for months and months, until this week.

iothera means a lot to me and i want to get back to working on it at some appreciable pace. please bear with me as i try to get to that place

and thank you so much to everyone who’s encouraged me to get back to doing these, and waited. it means the world to me. it really does. 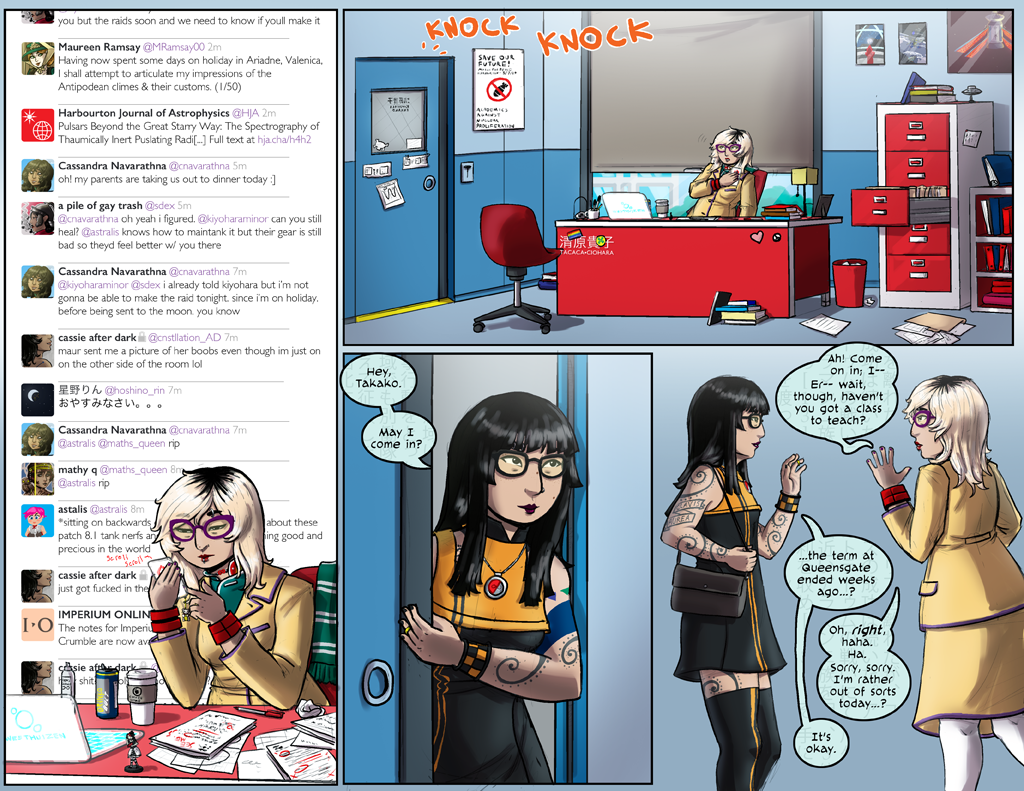 no interesting news post today, i am finishing this comic at 5:30 AM and my brain shut off some twenty minutes ago 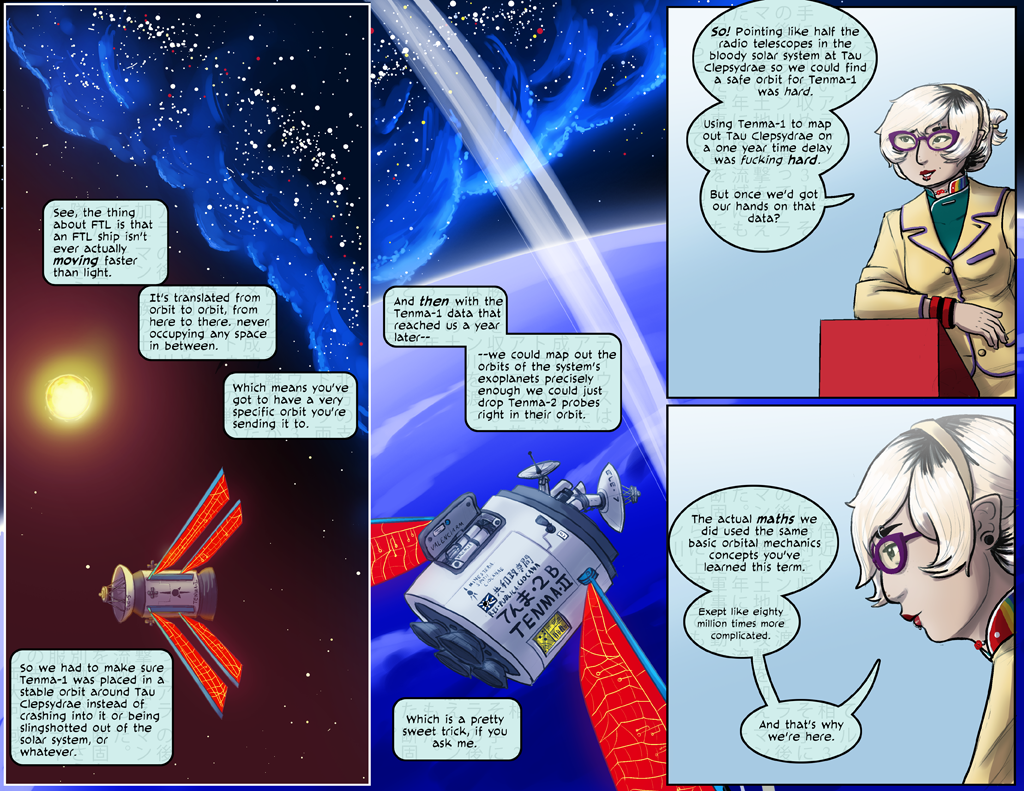 After exhaustive analysis of the data sent back by Tenma-2B about the exoplanet designated Tau Clepsydrae VII, it was determined that the planet, being an ice giant nearly twenty times the mass of Iothera and atmospheric pressures that can reach nearly a hundred thousand Iothera atmospheres, probably wasn’t a very nice place for a manned landing attempt. 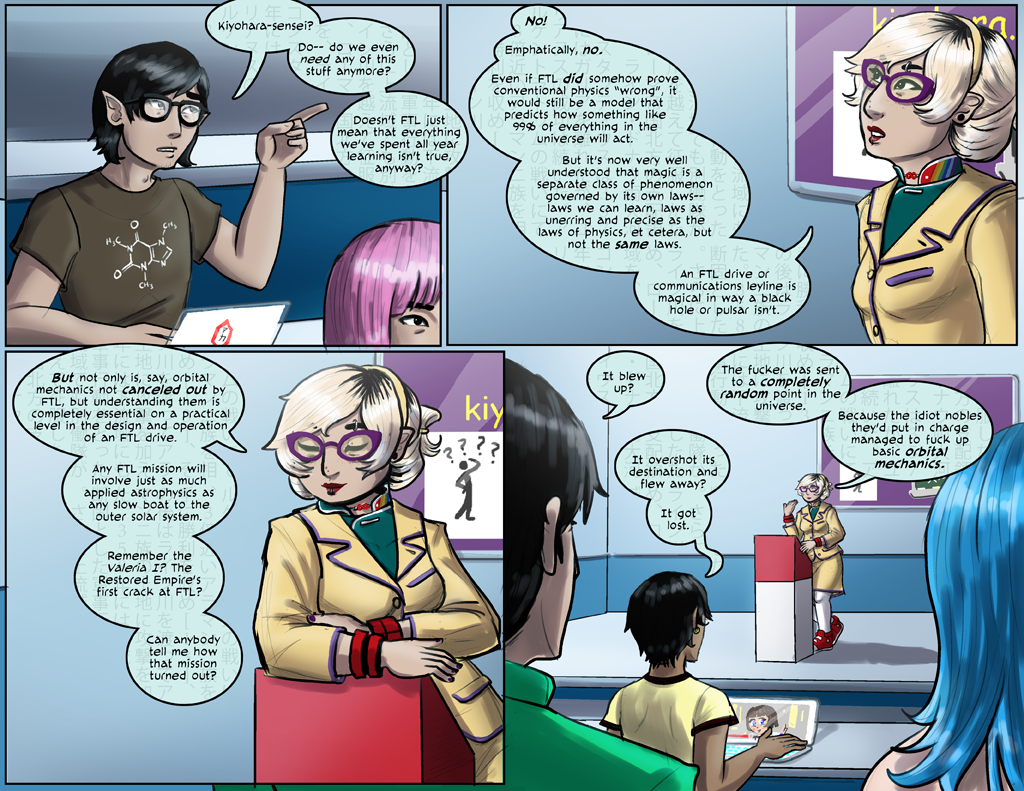 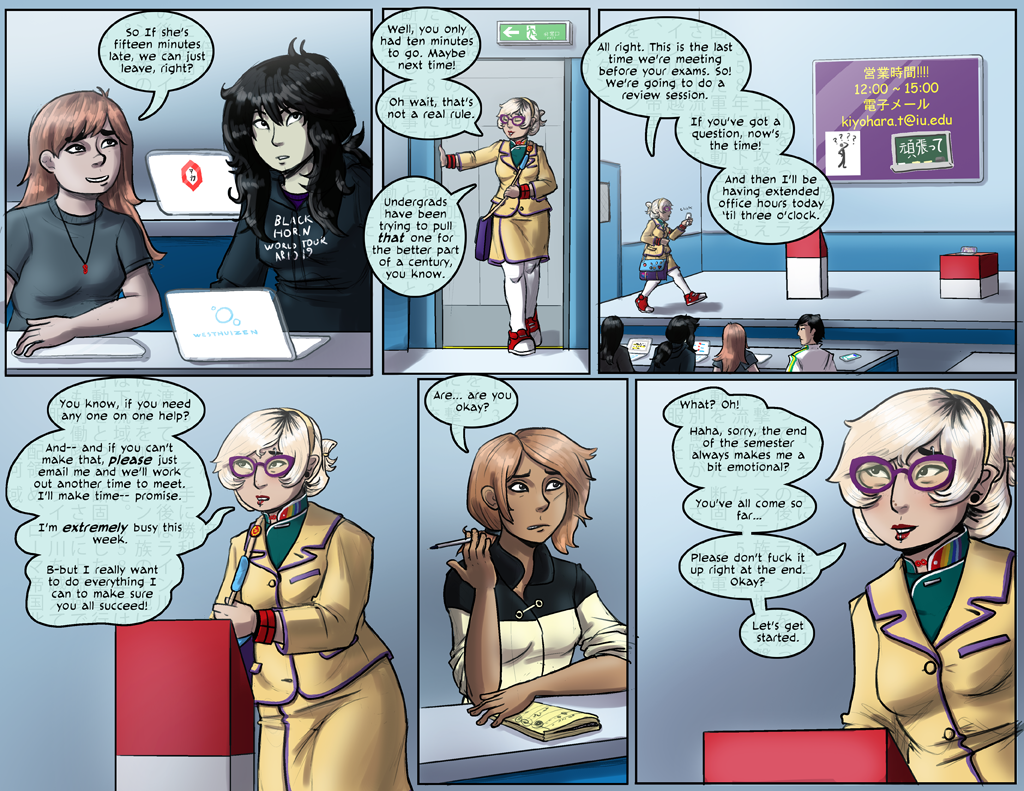 hey, some of takako’s students look a bit……. familiar.

(panel one: a ghost story, astral aves; panel five: altered frontier; three good comics that all start with A you should definitely read!!!!) 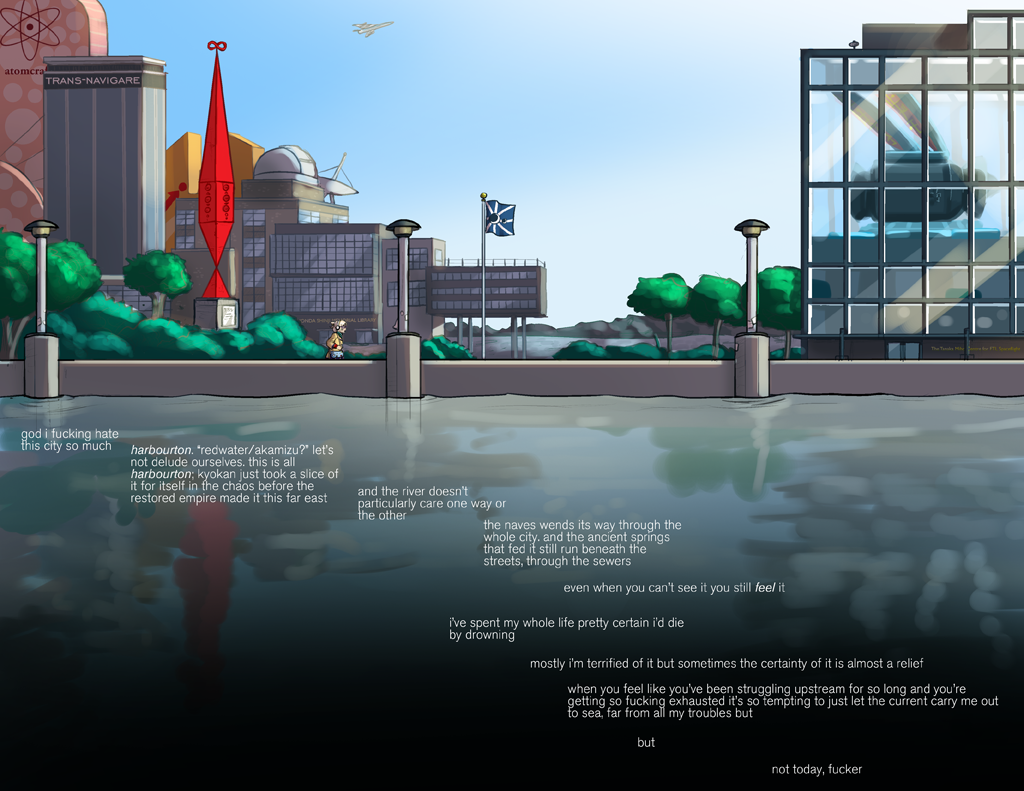 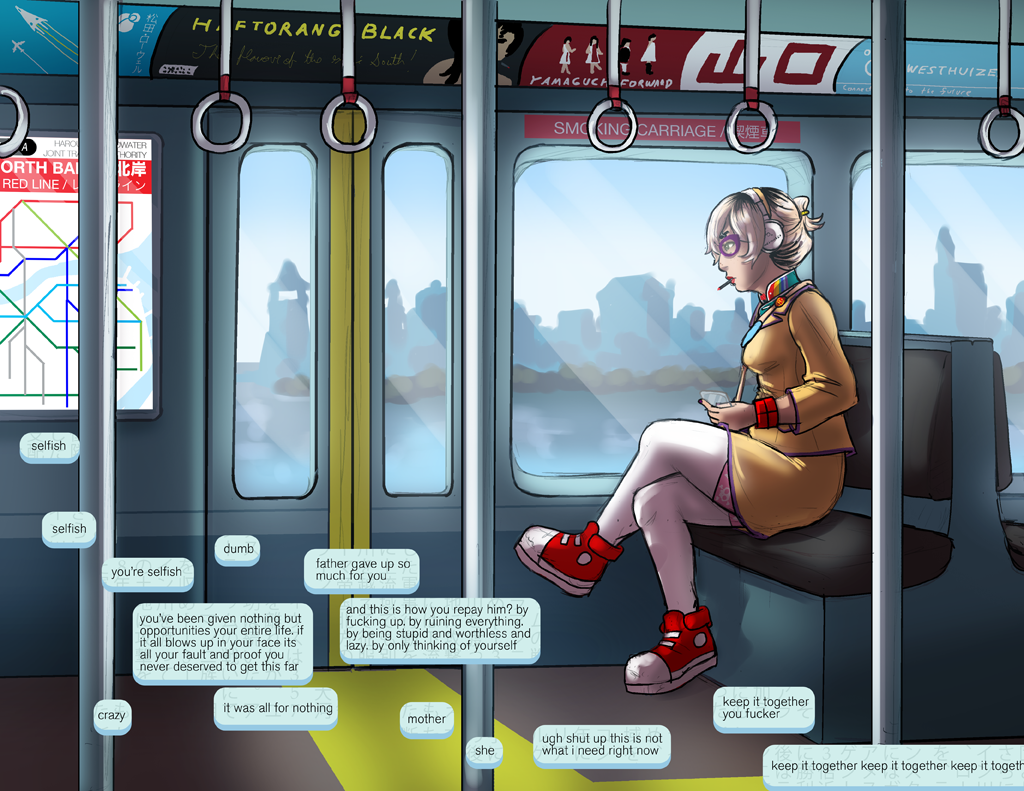 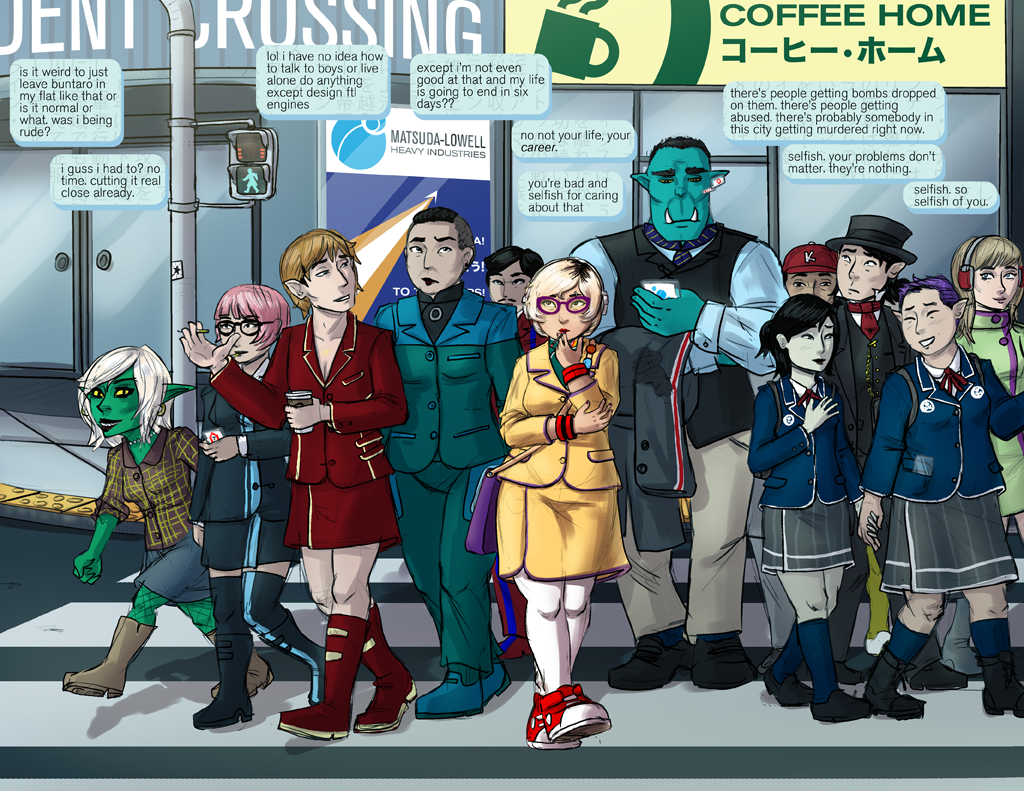 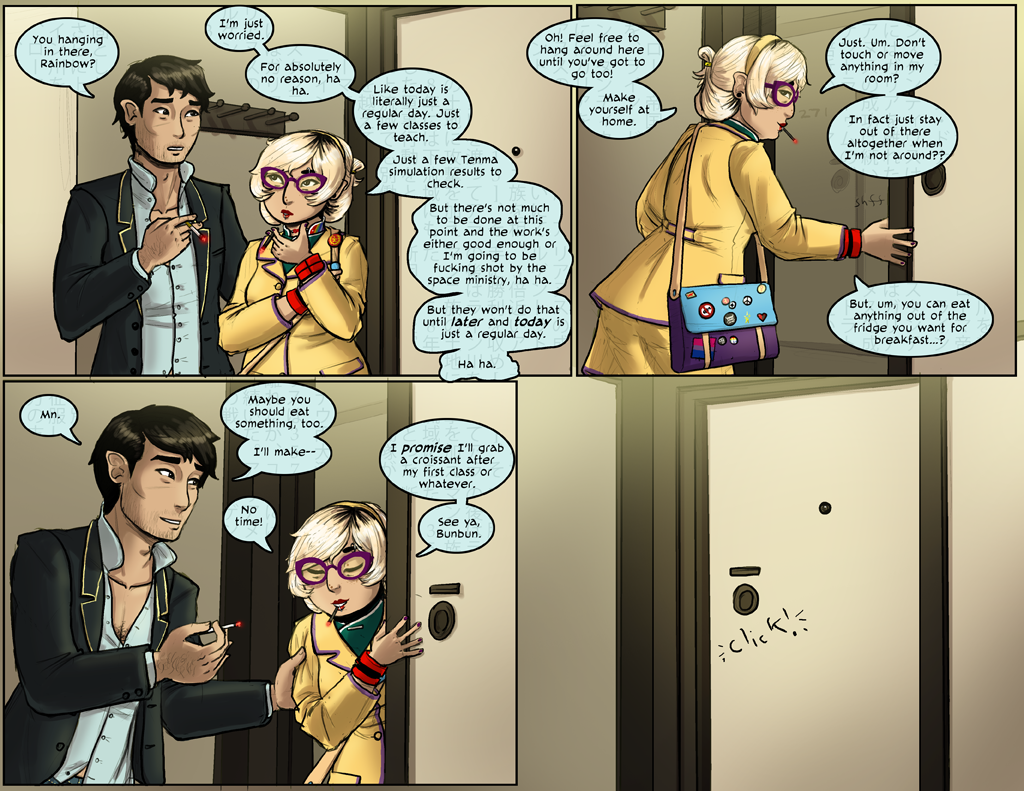