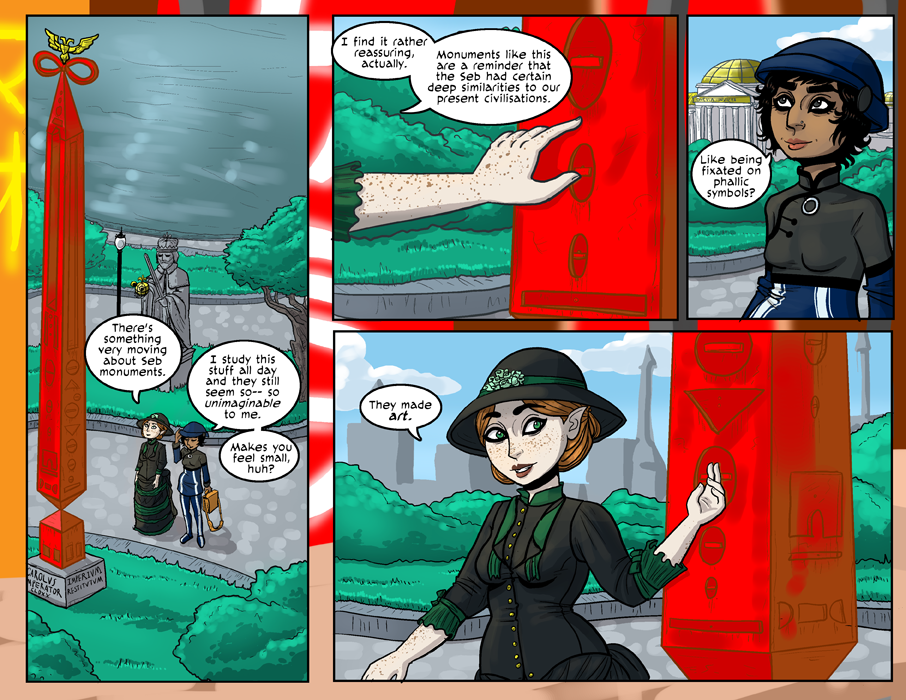 for more on obelisks

So, they made phallic art?

Thanks for the link.

monster pulse is really great, so congratulations on your excellent taste in comics!!

So did I, it looks fantastic! Very intriguing….

Geez, the IoM sure has gone to shit if nobody recognizes that one.

I’m curious about this monument. Given that it’s apparently a Seb monument, that would predate this ‘Restored Empire’, would it not? Unless I am WAY off on the history of this world. I could see Emperor Carolus the Strong having his victory marking carved into an older monument as a way of declaring the expanse of his imperium and lordship over the lands of some ancient, mighty empire as a way to declare his dominance. Though that begs the question on if the Double-Headed Eagle is his addition as well.