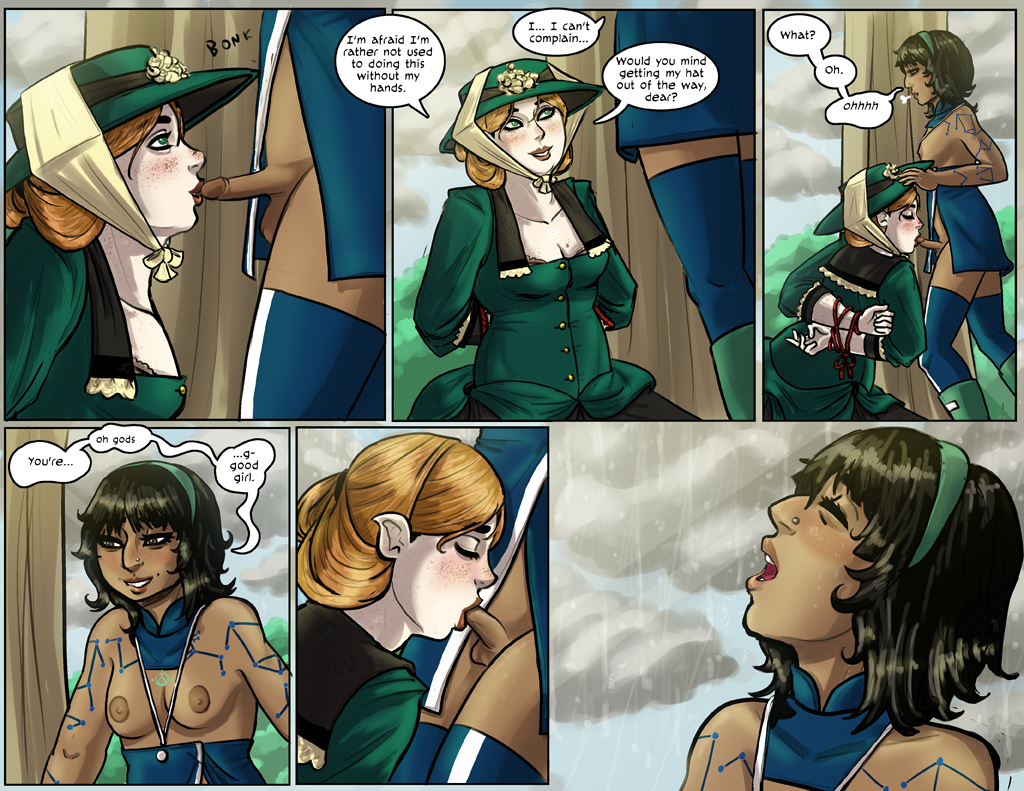 So is Cass transgendered or was she born with both breasts and a penis? I’m curious if elves have more than 2 biological sexes in this world.

The answer has already been covered here

“uh it definitely has been covered??? are we reading the same comic??? cassandra is trans you oblivious dipshit.”

Actually now that I re-read those comments, there’s a guy saying he works with the author’s uncle, and all characters are actually trans.

I missed her remark about transitioning the first time I read that one. So okay, she’s trans and that answers some questions. Kinda hoped the author would play around with the concept of biological sexes a bit, since it’s fantasy after all, but at least the question has been answered.

But “everyone is trans”? That seems a bit silly. I get that there’s a lack of representation of trans characters in all media forms, but the idea of spamming transgender identity across every character in the comic makes it less meaningful in my opinion. I guess now’s the part where someone chimes in and calls me transphobic scum or something.

the “everyone is trans” comment was a pretty obvious “my uncle who works at nintendo”-style joke though??? i enjoy that’s it’s haunted the comments section and awful ~*~*~bad webcomics~*~*~ forums for literal years at this point though

I went and had a look. The guy’s got a good memory.

Still, that he went and educate himself then took the side he took, says a lot about social justice movement, don’tcha think?